How to Draw a Signature and Save It

A signature has been used for hundreds of years. It allows the owner to authenticate a document they create. Over the years, the use of a signature has expanded. Now, it has evolved from being just a name to several things. It is also used for several purposes.

About 3000 BC, the earliest known signature was invented by the Sumerians. Back then, this sign was known as a seal. Additionally, all it took to create such a sign was to etch in a design or stamp on a cylindrical body.

About 50 BC, the Japanese reinvented the wheel. They created the Hanko, which was a seal of authority. Nonetheless, this type of sign is still used in today's world to show ownership.

The most known type of signature (name or initials) became popular in the 1600s in the English Parliament. A few years after, this appendage became more widespread as it was used to create valid contracts. By the late 1800s, signatures were used in telegraphs. The telephonic signature became a thing by the late 1800s. By the 70s, audio recorded signs were used. However, telephonic and audio signatures did not endure.

The late 80s brought about a new age. It gave birth to the fax machine. Since then, the fax machine has been used to transmit signed binding documents. The use of electronic and digital signatures reduced the use of fax machines to send signed files.

The simple signature is considered a class 1 digital signature. It has no security encryption. In simple terms, it is just a scanned or drawn version of a signature.

The standard signature is a bit more advanced. Although it is a lot like the simple version, it has a data logger, which allows for the logging of changes to a document.

The advanced signature is the most secure type of signature. It is the safest and the most secure. In addition, it is made of a key system and cryptography, which makes it ideal for sensitive use.

PDFLite.co allows you to draw a signature on an electronic document. You can do this by visiting the website as seen below.

You will want to click on the highlighted option, “Sign and Fill PDF.” Clicking on either of these options allows you to upload any document you wish to draw a signature on.

After uploading a document, you will have the opportunity to draw, insert, and save a file. 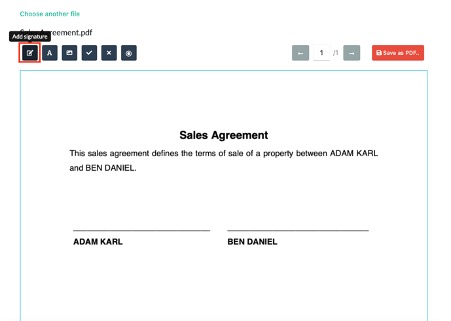 Clicking on the add signature option lets you draw a signature. 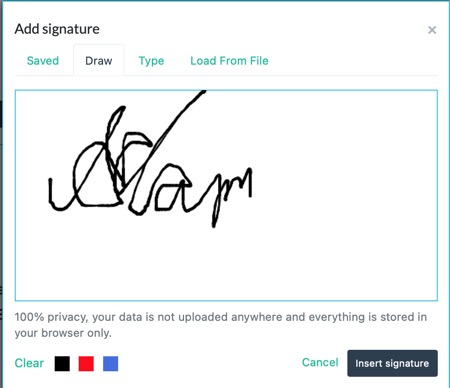 After drawing a signature, you can insert it on the document by clicking insert signature. 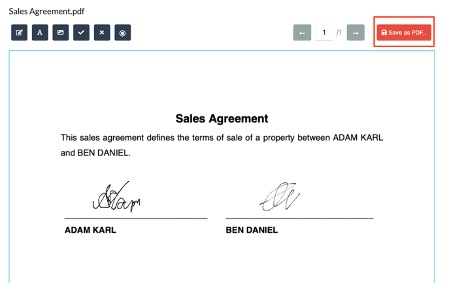 You can then draw and insert as many signatures as you need. Afterward, you should click “Save as PDF” to save the document as a PDF file.

Check out our useful articles: